It is with great pleasure hat the Municipality of Athens presents this exceptional photographic, as well as poetic, Album you are holding in your hands.

The Album, whose title – “Athens, Libation to the light” – mirrors the intentions of its creators, focuses exclusively on the seven main “old” neighborhoods of the City of Athens: Plaka, Anafiotica, Filopappou, Thisio, Mets, Exarhea, Rouf and the area around Akropolis.

The marvelous photographer, Kostas Papakonstantinou, has performed a real feat.

He has captured every tone of the bright, merciless, spiritual light of Attica.

Its startling whiteness as it embraces the ancient marbles, its pure azure during some August of cold winter noon’s, its light blue in the early afternoon or just before dusk, and the deep blue of the clear windy days and of the vast horizon of Attica.

But Kostas Papakonstantinou does not restrict himself to the resplendent sky.

He also projects, always with the same artistic sensitivity, all those elements, big and small, that constitute the beauty of the historical center of the City.

The earthen statuettes and edge tiles on the roofs of the neo-classical buildings.

The silhouettes of the pines, the lentisks and the cypresses that surround the ancient monuments.

The esthetic counterpoint produces by a 19th century residence standing next to a 5th century B.C. column.

The love for the various earthy colours of the old houses: the ocre, the red of Pompey, the bluish of the Anafiotika windows - so similar to the one found on the Greek islands.

The lyrics of Eleni Marinaki complement, with unique sensitivity, each and every illustration, offering us a spiritual and intuitive insight that takes us much further and much higher than a photography alone could ever take us.

The representations of the different neighborhoods bear the signature of an other gifted artist  -the painter Maria Karathanou.

With this Album, we can forget for a while our recent obsession with airports, motorways, trams and metros (not that we do not appreciate them!) and return, nostalgically but also proudly, to the quintessence of the soul of our City 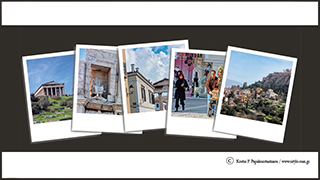 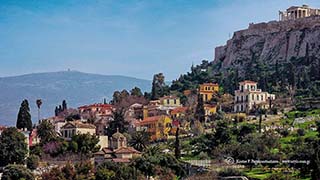 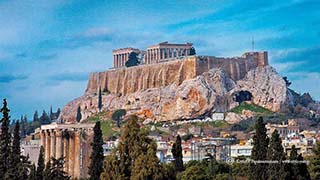 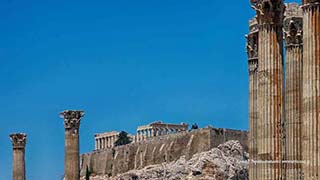 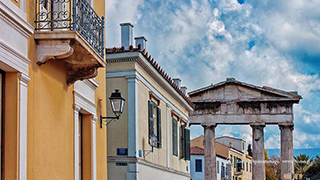 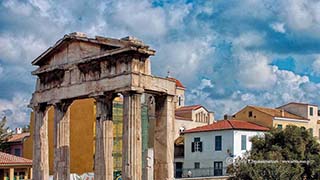 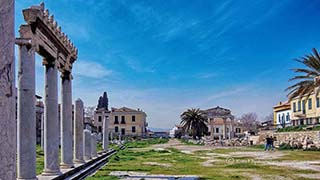 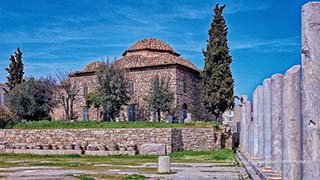 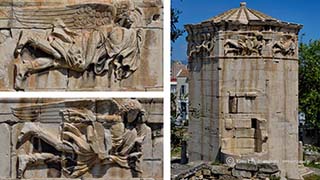 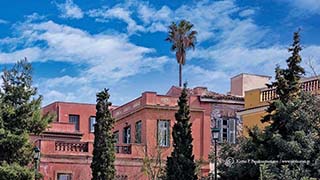 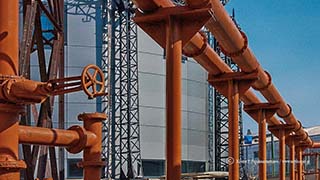 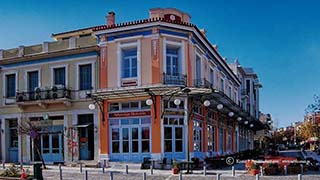 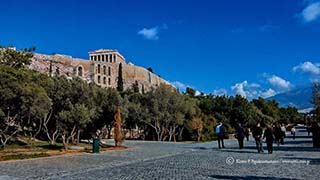