Cyprus
Of the Saint and the Martyr
Poetry:
Nikos Fotopoulos, Thomais Petrali
Photos:
Kostas F. Papakonstantinou
Αthens, 2007
96 pages
Dimensions 23x24 cm
ISBN 978-960-88141-5-8
Cyprus
Of the Saint and the Martyr
Between the East and the West, to a place where peoples and civilizations meet - the island of Cyprus- that is where Kostas Papakonstantinou's photos will take us, deeply touching our souls.
To the place where the metaphysical surpasses the real, to Cyprus of the Saint and the Martyr, of the monasteries and the churches but also to the place which is touched by the sunlight, which surrenders to the playful shades of the stone paths, to the people's smiles and glances.
To the coasts of Paphos, where, as the myth goes, Zephyrus breaths placed nude the goddess of beauty, love and fertility -goddess Aphrodite- who emerged from the bottom of the sea.
Kostas Papakonstantinou places this album in our arms as a tribute to this island which as if it were touched by a divine hand, it fights with stubborness the passing of time while preserving the perpetual flame of hope, life and true beauty.

Being a pilgrim and traveller to the place and time he depicts buildings and people's works, which would otherwise  not be the same without the touch of time, the wind and the rain which always seem to reveal colours of decay, details that are worth marvelling -a decayed wall- painting, a window bearing the colour of the sky, glints on the icon screen of an old church, ruins of ancient greek  temples, magnificent royal tombs, flowery yards of houses, gates of fine workmanship, wood and stone bound in harmony.

Inquiring mind himself, he seeks all these that are hidden behind images and he offers them to us with the generosity of silence, almost solemnly, in honour of the Saint of the past and, maybe, of the martyr of today... 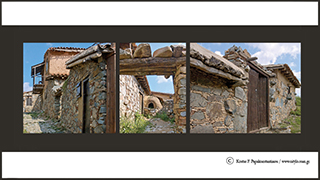 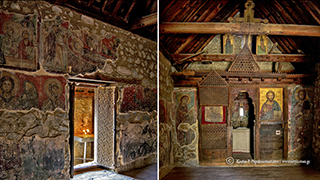 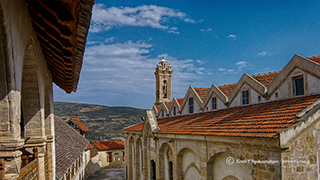 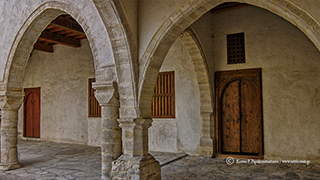 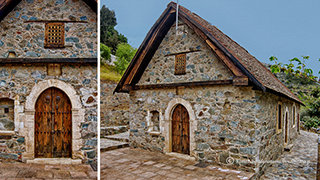 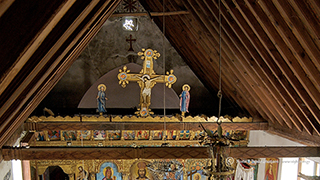 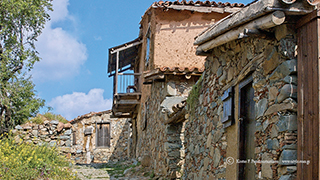 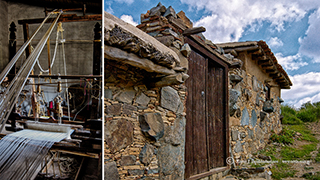 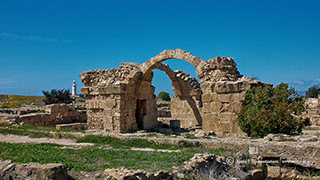 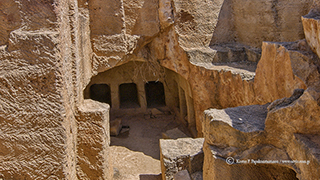