Mani! A geographical region comprising the middle of the three peninsulas in the southern Peloponnese, carving the sea like a spear with the Cape Tainaron (Cape Matapas). In ancient times Tainaron, the gate of Hades, functioned as psychopompeion dedicated to Poseidon.
The habitation in Mani is testified by the Paleolithic signs detected in seaside caves. In the years of the Spartan domination, Gytheio and Kardamyli were the seaports of Sparta. Mani's spine is formed by the sublime Taygetus.
The northwestern area is called “Messeniaki Mani” since it is included in the prefecture of Messenia.
Messeniaki Mani is a fertile and lush place.
In the south of Gytheio, the Frankish castle of Passavas stands where the road Gytheio -Areopoli passes. The Saggia ridge divides Inner Mani into prosiliaki (a local expression meaning “towards the sun” or eastern) and aposkiaderi ("shady" or western) where most of the settlements and the fort Cavo Grosso are built.
The name Maini or Mani appeared during the post-Byzantine era (around the 9th century) and over the following centuries the region was Christianized and numerous churches built. Kitta, Nomia, Alika, Vatheia, Lageia are some admirable Maniot tower villages of Inner Mani.
In this fractious and self-governed area, the Maniots were among the first to respond to revolt in 1821. On 17 March 1821, they declared the Greek revolution at Areopoli (Tsimova). They took part in the battles of Valtetsi, Tripolitsa and in the famous battles of Diros and Verga where Ibrahim’s army was rebutted.
The institution of the captains has revealed a small class of powerful families who owned buildings, tower and usually a church dedicated to their patron saint. One might say that in Mani the churches compete with the towers. And indeed, the Maniot land is studded with churches sprouting all over in villages, mountains or on seashores.
I have known the photographic work of Kostas Papakonstantinou since 1978. This year I was pleasantly surprised when he showed me some of his photos for Mani.
Kostas Papakonstantinou is a modern wanderer who recorded with his camera towers, churches, and pictures of Mani, capturing the atmosphere of each site and transforming the pictures into psychograms.
But in this album, the artist doesn't show just what the camera captured. His photos refer to an aesthetic iconostasis of art. I have the feeling that his photos of Mani are his religious painting, an orison reflecting the grey sky and goes sideways to the stars.
The simplicity and power of expression bring us ecstasy, and the photo leads us to aesthetic levels. 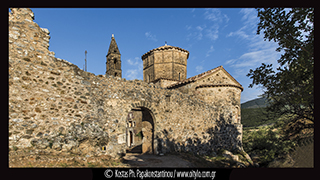 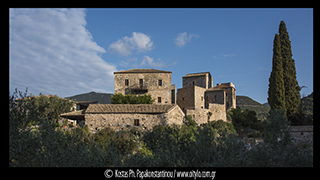 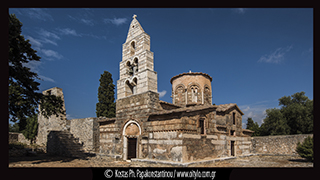 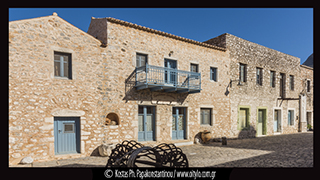 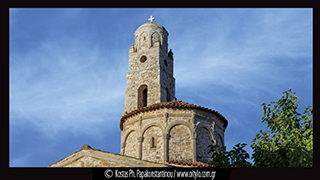 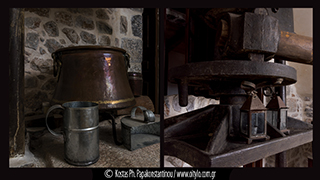 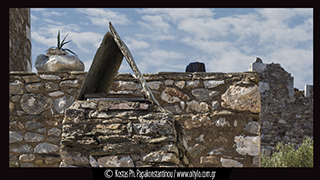 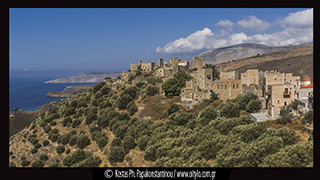 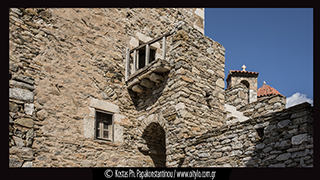 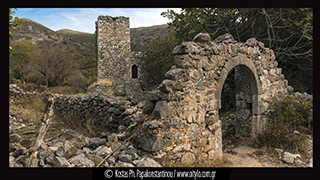 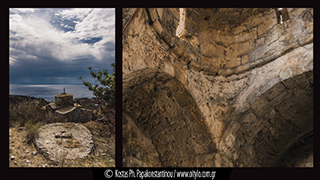 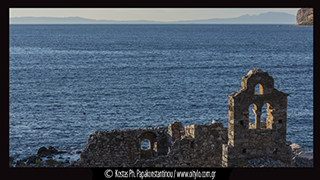 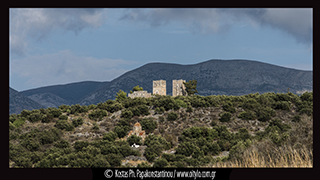 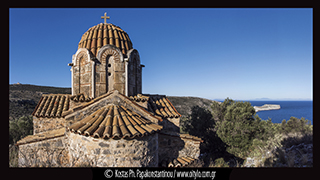 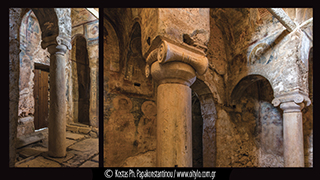 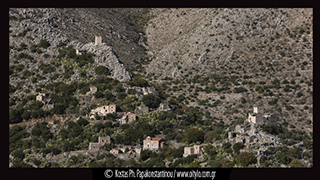 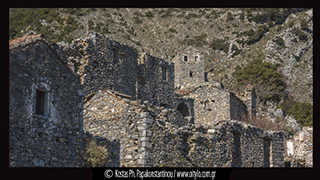 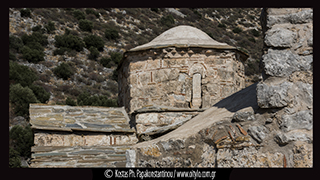 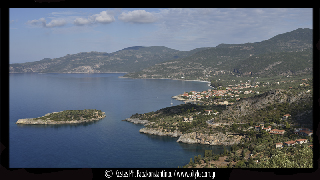